Epidemics and Pandemics are the tipping points in the society which makes people to innovative, go on-line, and makes creative solutions. The Gig economy thus plays a critical role in this regard. The Gig Economy services can be majorly devided into five categories: Grocery, Mobility, Food Delivery, Online Travel Agents, Accommodations. With the announcement of the lockdown and Curfew, all or most of the grocery and meat and fish delivery apps as well as ecommerce players have suspended operations. On-demand cab and bike aggregators too are staying off the roads while food delivery companies are making do with limited options on the platform. In the grocery sector there is a 110% increase in Gross Merchandise value in the month of March amidst lockdown, curfews and bandh, in Mobility there is a 50% decrease in the GMV, in the food delivery too there is a 20 % decrease after initial spike in the GMV, in the OTA there is a 30% decline in travel and 65% dip in hotel reservations.

The cost of protecting against the virus will therefore fall disproportionately on the poor. India has more than 100 million microfinance accounts, serviced in cash every week by gig-economy workers. Three out of four workers make a living by working casually for others on contractual basis among the Gig Economy. Prolonged shutdowns will impair their ability to repay loans of 2.1 trillion rupees ($28.5 billion) to the national book of accounts.

Post the Janata Curfew and amidst the nation-wide lockdown majority of the Gig Economy is now facing the standard to improve the hygiene level and also are focusing on improved maintenance and vigil on its trading partners. The delivery mechanism thus has mostly changed into “Contactless Mode” among the sectors. Amidst the corona scare there is a significant due importance which is now being given to the contractual roles and duties of the Gig workers. Earlier many of the personnel’s in this space were avoided of the many employee and fringe benefits. But now given the importance they play in the crisis and also to the economy, many employers have started to revamp the policies in order to provide more security to its workers. The changing scenario could be perhaps hygiene and sanitation standard which could become as instrumental to these business as seamless operations. Cleanliness ratings for holiday homes might become as important to vacationers as the location of the house. Ride-hailing companies might have to install dividers between the driver and passengers. And co-working spaces may need to ask for medical records from people who want to rent seats there.

But over the past if we rewind the scenario, Shared Economy has always shown massive improvements in its business model once the crisis hits. After the SARS epidemic hit in 2003–2004, people all over the world and especially in China saw the meteoric rise of a small e-commerce company called Ali Baba, making it the face of retail in China. Or after the Financial Sub Prime Mortgage Crisis of 2008, people with meagre savings and dwindling discretionary income started sharing spare rooms and car rides. This gave wings to a model where people borrow or rent goods and services owned by other people- the sharing economy (e.g. Uber or Airbnb).

Therefore, this time around the future of this sector does looks dicey (amidst partial or full closures of services due to lockdowns/ curfew) but there is some ray of hope that it would come out of this crisis with a dynamic change to propel itself in future. This would certainly make the consumers to evaluate the risks and rewards of every transaction they make- such as a meal at a restaurant, a vacation to an exotic destination, or attending a concert (on terms of standards of hygiene/ standards). 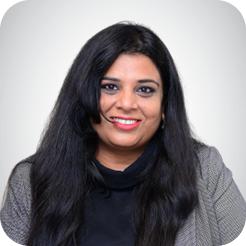